What is the difference? Which one is correct?

The good news is that from a linguist’s viewpoint they are all correct! To explain how these different words came about, we need to go back to before Europeans arrived…

Languages and people were known by their different words for “no” in this part of Australia, so these are now referred to as “No” Languages. For example, gamil is “no” in Gamilaraay language, and yuwaal used to be “no” in Yuwaalaraay language (now waal).

At the end of the words is a form of ­baraay, which is added to a word to mean “having”, and drops off the “b” after “l”. So this way of referring to languages is similar to saying that English is “No-having”, German is “Nein-having”, and French is “Non-having”.


Other Australian languages have different naming systems, e.g. using their words for "go" or "this".

The map shows the languages that were spoken in this area when Europeans arrived. As well as Gamilaraay and Yuwaalaraay, we can see Yuwaaliyaay, Gawambaraay, Wiriyaraay, and Guyinbaraay: 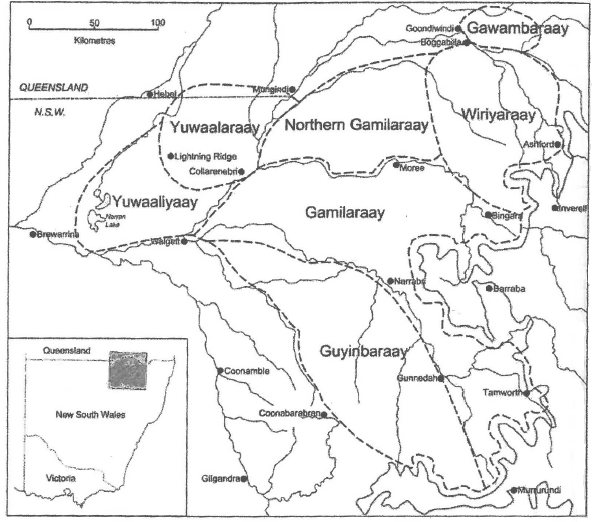 The Gamilaraay language was not traditionally written down. When Europeans first arrived in Australia, they wrote down languages according to what they heard, without understanding how the languages work. Languages have different sound systems and they did not realise that there is no difference between “k” and “g” in most Australian languages. These sounds are both pronounced in the same part of the mouth, but “g” has voice added. You can feel this if you put your hand on your throat and say “k” and “g” in English. These sounds do not make any difference to the meaning of words in Gamilaraay, so "g" was standardised for use in the dictionary.

In the nineteenth century some Europeans thought they heard “g” at the start of the word Gamilaraay and wrote it down as Gummilroy, while others heard “k” and wrote it down as Kamilaroi. This spelling was used to name the Kamilaroi Highway, etc. They also heard “k” but wrote it as “c” in Cobbadah, and in Gunnedah they heard “g”. Since then, linguists have analysed the language and standardised this sound by writing “g” for all Gamilaraay words.

Early Europeans did not know about the –baraay ending meaning “having”, so again they wrote down what they heard and it has ended up with different spellings. For example, –oi in Kamilaroi (Gamilaraay), or –i in Euahlayi (Yuwaalaraay).


The form of –baraay can be different in other languages. For example, ­dhuray in Wiradjuri, and ­buwan in Wangaybuwan.

When we speak quickly, we sometimes miss out some of the sounds and the words become shorter. English examples are “can’t” from “cannot”, or “o’clock” from “of the clock”. So when the word Gamilaraay is spoken quickly it sounds something like Gomeroi or Gummeroi, and some people prefer to use one of those spellings to describe their language group. 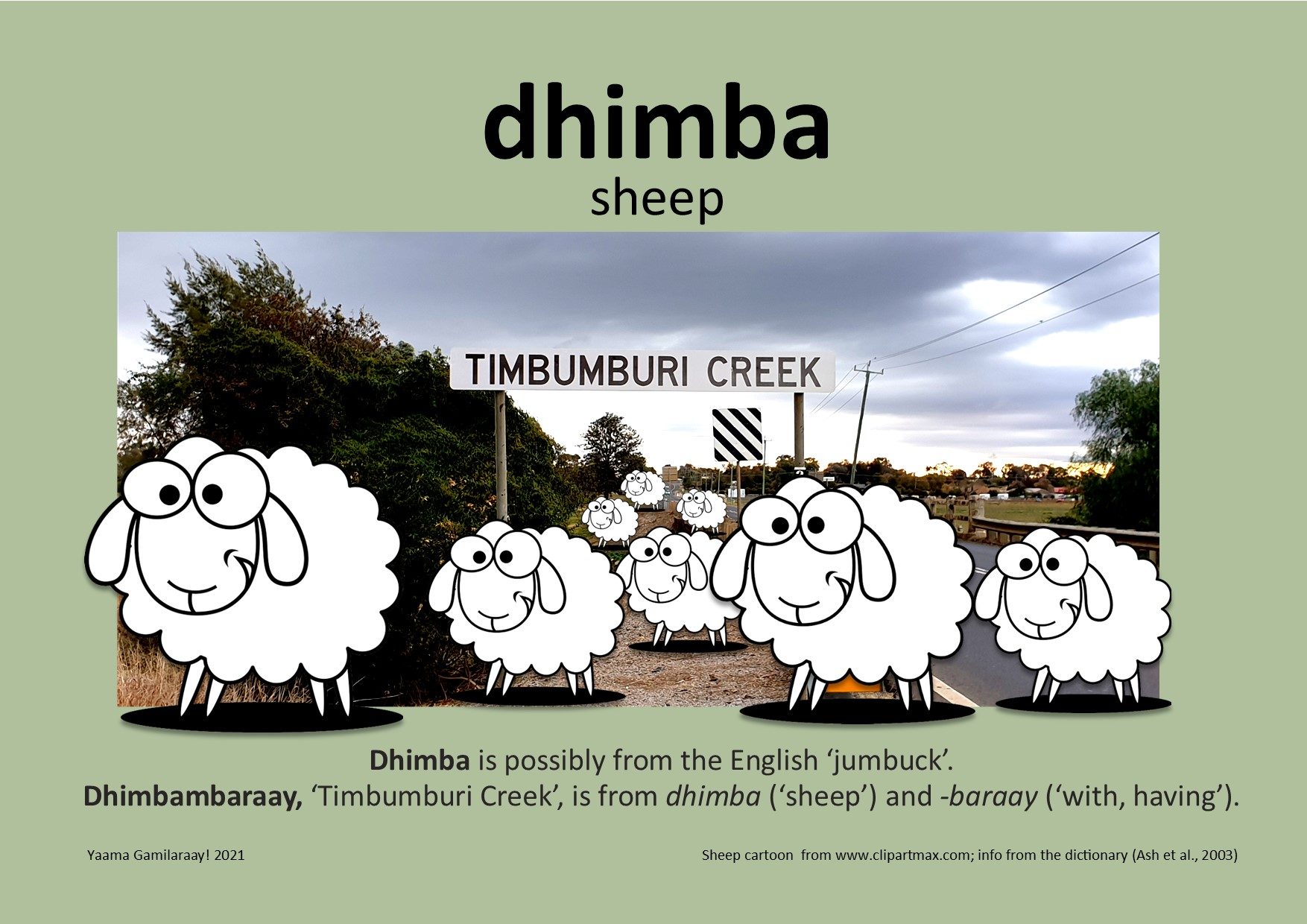 Below are some links to more information on names for languages, places and people in New South Wales. These articles can be freely downloaded. They are written by linguists and use technical terms for the concepts discussed: 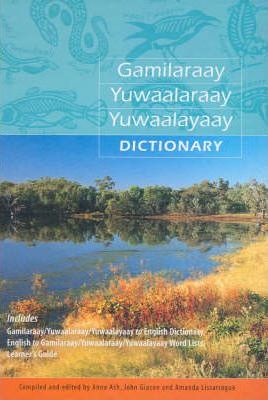 For further information about Gamilaraay and Yuwaalaraay, and to download a pdf copy of the dictionary, see: www.yuwaalaraay.com